J R Clark Band Returns to The Round Barn Estates

Music and beer are the best social lubricants known to man! We’ve definitely got music, so we just needed beer. The name Liquid Note Brewing ties itself to music. It started when Mark McPherson and Chris LaPonsie chatted on the phone one Sunday afternoon and Mark suggested that capturing the styles of artists’ music would be an interesting spin on beer. “What does Johnny Cash’s music taste like in a pint glass?” was the question that Mark posed to Chris. Instantly, more ideas started to form and it was evident that the beers would be very easy to design using this philosophy. It is up to you to figure out the artist that goes along with each beer! We hope you enjoy our Musically Infused™ brews!

The legacy began in 1871, when Bavarian immigrant Philip Zorn Jr., the son of a brewer, migrated to Michigan City to start his own brewing venture. After managing Busch & Brandt Brewery in Chicago for over 20 years, he settled at the corner of 9th & York Streets, where the P.H. Zorn Brewing Company used a spring-fed well to produce up to 15,000 barrels of beer a year. These included iconic brands such as Golden Grain, Grain State & Pilsenzorn under the slogan “It’s good for you!” even during prohibition, the Zorn name survived by using the facility to produce the soft drink Zoro, marketed as a “temperance beverage.” as the brewery was passed down To Philip’s son, Ron, the name was changed to the Dunes Brewery, before eventually closing its doors in 1938. In 2015 after 79 years idle, brewing operations resumed with Zorn Brew Works. The taproom occupies the former carriage house on the grounds of the historic brewery. Michigan City’s oldest brewery is now its newest!

Ruggers Up and Under, 711 West Michigan Avenue, Kalamazoo, MI 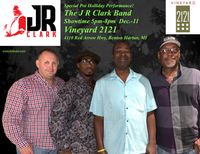